Kaffe Obscura is a micro roastery from Helsinki that was founded by Lasse Wuori, who had a lengthy career as a professional photographer. After retiring, Wuori started roasting coffee as a hobby in the corner of his studio. After further honing his skills the hobby and passion turned into a profitable business.

Nowadays the roastery is situated in an old button factory and guitar shop in Arinatie 15, in the Pitäjänmäki industrial area in Helsinki. Kaffe Obscura’s specialty is their Loring-brand roasting machine, which is considered the Rolls Royce of roasters and is so far the only Loring in Finland.

Kaffe Obscura: from a photographer to a roaster 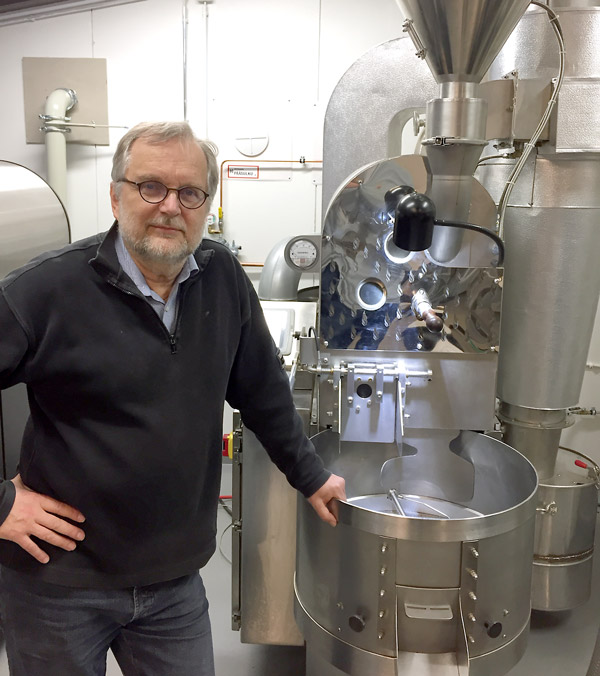 Wuori was an advertisement photographer for almost four decades before he founded a coffee roastery. He was a successful photographer and worked with Stockmann among other brands. He had been a fan of coffee since he was small, but the passion kept growing with age. Nearing retirement he became so interested in quality coffee, that he started small scale coffee roasting at his studio and offered coffee first to his photographing clients. After retirement the new hobby began taking up more and more time. Finally after further honing his skills, the passion turned into a profitable business.

The photography backround is very visible in Kaffe Obscuras operation. In the photography world, the name Obscura stands for camera obscura (or “a dusky room”) that is the forefather of the modern camera. One of the only coffee blends Kaffe Obscura has, is named “the Photographer’s blend”. Furthermore, the roasting level of the Obscura coffees is based on the shutter values used in cameras. The roasting levels are /2.0, F/2.8, F/4.0, F/5.6, F/8. etc. The smallest number stands for the lightest roast and biggest for the darkest.

The Kaffe Obscura coffees are the type that Wuori himself enjoys. “Our roasts aren’t on the forefront of trends. They aren’t extremely acidity and light, but rather medium roasts, where the main focus is, that the taste profile is balanced, but not too toasty”, Wuori explains. He has his own clear vision to follow, instead of always going where the trends show. “As a roaster, I am more of a wayfarer of the golden mean. I let the younger roasters follow the latest trends”, he confesses.

The premise of the coffees is traceability. Obscura focuses on quality Arabica-varieties and the beans of a certain coffee farm or cooperative. The traceability is extremely important to Wuori. The coffee beans are ordered from wholesalers, who offer comprehensive and thorough information about the coffees origin. Worth mentioning are the Hamburg and Antwerp coffee wholesellers. Whenever possible, Wuori chooses producers who act responsibly and invest in sustainable development.

In roasting, Obscura prefers light and medium roasts, because they allow the unique traits of the coffee to be highlighted. The coffee shouldn’t be roasted too dark, so that the toastiness, doesn’t overpower the nuances of the coffee. In the worst case scenario, the coffee might end up tasting only burnt. “Really dark roasts are an easy way to cover up the flaws in the flavor of the coffee bean”, Wuori sums up. That is not his way. 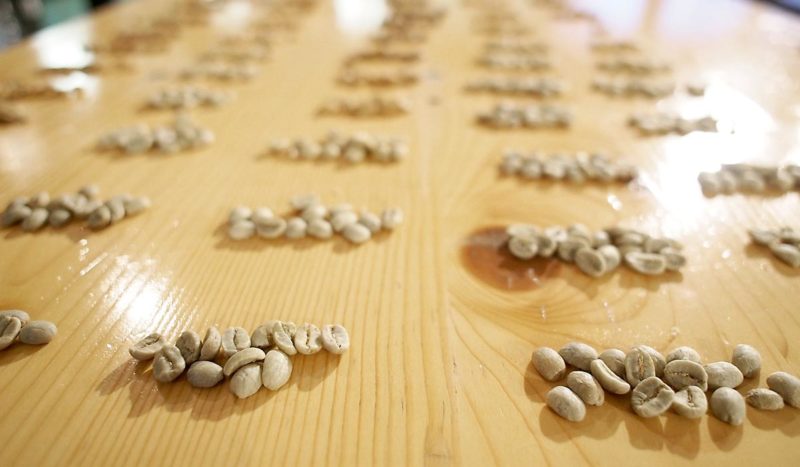 The Kaffe Obscura Loring roasting machine is the first of its kind in Finland. Many of the top roasters all around the world use Loring. Sometimes its even called the Rolls Royce of roasting machines. Loring Merlin A15 has a roasting capacity of 15 kg, but because of its advanced technology, it also works on smaller amounts without impairing the quality. Compared to other roasting machines, the Lorings flavors are cleaner and clearer than others’. Wuori went to pick up the Loring from Denmark in the early fall of 2016. The particular roasting machine had been used in display use for a few years, but it had never been used in producing roasts. In practice the machine was as good as new.

To get the roasting machine up and running, Wuori needed water, electricity, compressed air and gas connections as well as a new flue on the roof of the roastery. This was no easy feat. Still at the end of January, the English Malcolm Quarleri visited Wuori to check and service the machine as well as give him some extra training in the use of the Loring. In February one of the worlds best roasters, Michael de Renouard came to offer even more training on the matter. Michael revealed some secrets of his roasting philosophy to Wuori and they were also generating an idea of open workshop for roasters. 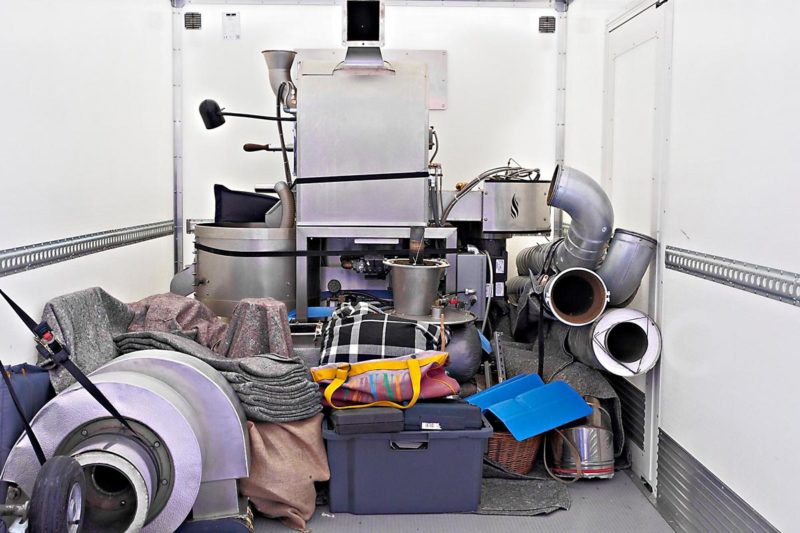 Loring on its way to Finland.

Since the beginning of 2017, friends of good coffee have had the chance to enjoy coffee roasted on the Kaffe Obscura Loring. Loring is so called fluid bed roasting machine in which beans are flying around in hot air supported by strong air blow. The torch of Loring is located in the cyclone and in recycles hot air back to the roasting chamber. Because of advanced technology Loring is really energy efficient and emissions are almost clean. Smoke coming out of the pipe is almost nothing but hot air. The reviewing of the roasting profile on a “fluid bed” roasting machine such as the Loring is much more specific than in a drum roasting machine, because the response to a change in power is immediate. Loring clearly has good reason to call their roasting machines “smart roasters”.

Loring is also connected to Internet and it sends data from every roast batch to roaster’s email. In theory, the best roast master in the world could remote control the roasting process over Internet. Beans only needed to be loaded to the machine and taken out after the finished roasting process. Wuori wants to learn even more about roasting and become the best roast master himself, thus Obscura won’t be using any remote roast masters. Kaffe Obscura coffee will be available at Slurp’s online selection quite soon. Obscura’s coffees have been available to subscribers already for almost to years through Slurp subscription.

HAVE YOU EVER TASTED KAFFE OBSCURA COFFEES?

TELL US WHAT YOU THINK BELOW!