The people and the story 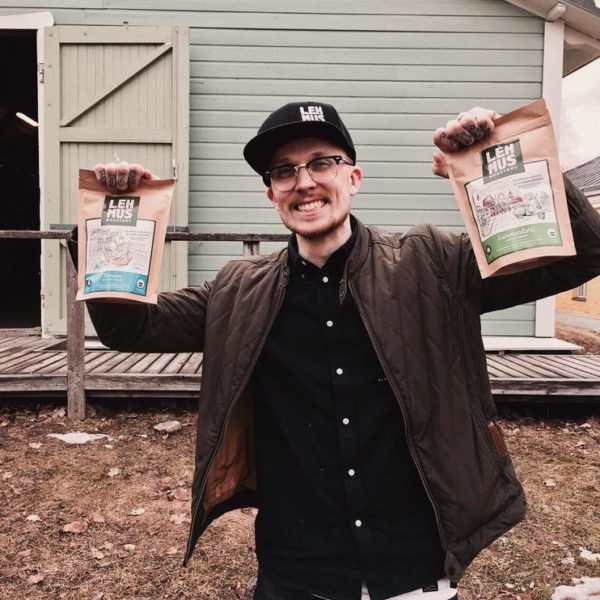 Lehmus Roastery was founded by three young, revolutionary gentlemen. The Roast master is Visa Tuovinen, who seems like he could be straight out of Brooklyn. He is an energetic and plain-spoken roaster, who knows what he does. He is responsible for the flavors of the coffees. The exceptionally skilled company visuals were created by Samu Koskinen. The beautiful labels have even been in a design competition. The third person is Arttu Muukkonen, who is in charge of the photos and videos of the roastery.

Each of the founders had pondered about the idea of making their own coffee. When the idea was brought up, they decided to spring into action. Since its founding, the operations of the roastery has had an exceptional level of to-do attitude. That might be linked to the fact that all the founders are born and bred in Lappeenranta. Being from Lappeenranta is a source of pride, but Lehmus Roastery also take a slightly self ironic attitude towards it.

The Roast master Tuovinen has chosen all the beans with great consideration and they have also tried direct trade and self importing. Most of the coffees are organic and Fair Trade, even if the roastery itself doesn’t have the certificates. Lehmus Roastery prides themselves with being transparent with the origins of the coffee. Therefore, every label tells the information of the coffee all up to the name of the farm if available.

The original four coffee selection has been designed with everyone in mind. They have a classic espresso, a dark french roast, an american style dark-ish roast and a light roast. Since then variety has grown with limited edition seasonable products. Worth mentioning are for example Kettukahvi, that is perfect on a snowy winter day and Hienostokahvi, that is a stylish and elegant dark roast. The latest additions were Kanava and Pusupuisto, that were launched for Valentines day 2017 and had love as a theme. 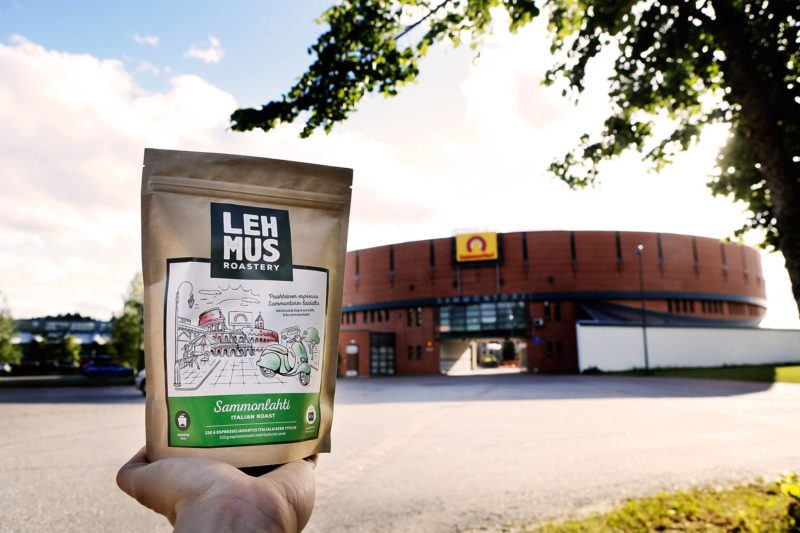 Lehmus Roastery is situated in an old warehouse in the tip of Linnoitusniemi. The Lappeenranta spirit is also very centrally visible in their Coffees, which have been named after different neighborhoods and sights in Lappeenranta. In the labels, Lappeenranta is being shown as a flamboyant city, which fits the bragging attitude Lehmus has. “Lappeenranta is an international metropolis. It has three golf courses, at least seven shopping centers and we are closer to the 5 million resident St Petersburg than we are to Helsinki, for starters”, says Muukkonen.

Koskinen says bragging or “lesous” is a fine term to describe being from Lappeenranta. You always need to have a little twinkle in your eye. It’s not surprising, that every Lehmus coffee has a bragging level from one to five. The most brag-worthy coffee is Sammonlahti – the toasty espresso from the side of the notorious Sammontori. “Basically all our coffees get at least a 4/5 bragging level, because any less wouldn’t do our coffees justice”, explains Koskinen.

Most delicious coffee with the Pour Over or Drip method