Direct trade with Peruvian small hold farmers for over 15 years

Ore’s and his wive’s shared journey with coffee started with a trip to Peru in 2001. Ores Uncle, a coffee producer, recommended that the couple could import coffee beans to Finland and sell them to local roasteries. They agreed, because the coffee was so delicious and they wanted to supports local Peruvian small hold farmers.

Ore and Nikander-Ore ended up roasting the coffee by themselves in Finland. This was preceded by thorough studying and getting to know the world of coffee. Eventually, the idea turned into a Latin-Finnish roastery. The roastery, founded in 2002 is reportedly the second oldest micro roastery in Finland in their current form. Founding a coffee roastery wasn’t a clear thing for the couple because originally Ore came to Finland to pursue Master’s Degree in Telecommunications at Otaniemi, Aalto University.

Cafetorias long-term partnership with Peruvian cooperative continues still. Ore and Nikander-Ore spend weeks in Peru every year. Usually, they leave for Peru just before Christmas, when the busiest season has finished. Especially the Peruvian Gran Palomar -coffee (light, dark, espresso roast) has achieved a high popularity among Finnish people. The Palomar area coffee has both the Fair Trade and Organic certificate, which is a sign of Cafetoria’s commitment to environmentally and socially sustainable coffee production. 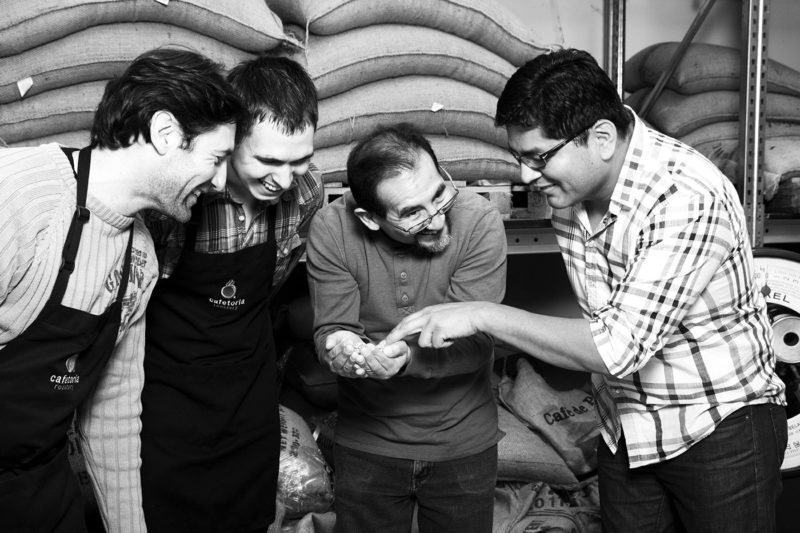 Cafetoria Roastery is located in the city of Lohja, at a lake shore and beside hills, approximately 50 kilometers west from Helsinki. Their roast machine is an old and traditional German Probat UG22. The machine in question was built in the 1970’s and purchased for Cafetoria from Switzerland. The old and traditional Probat is in high demand among roasters, because it allows for very precise adjustments in the flavors of the coffee bean.

Cafetoria’s permanent selection covers even 16 coffees, among which there’s a favourite one for every taste (from Slurp you can order these coffees). “Coffee should serve the people so that’s why we roast the whole spectrum. In addition, we also get to experience the different sides of a perfect coffee”, explains the roast master Ore.  He also adds that, whether it is dark or light roasted they aim to achieve a coffee well developed with no astringency and bitterness. 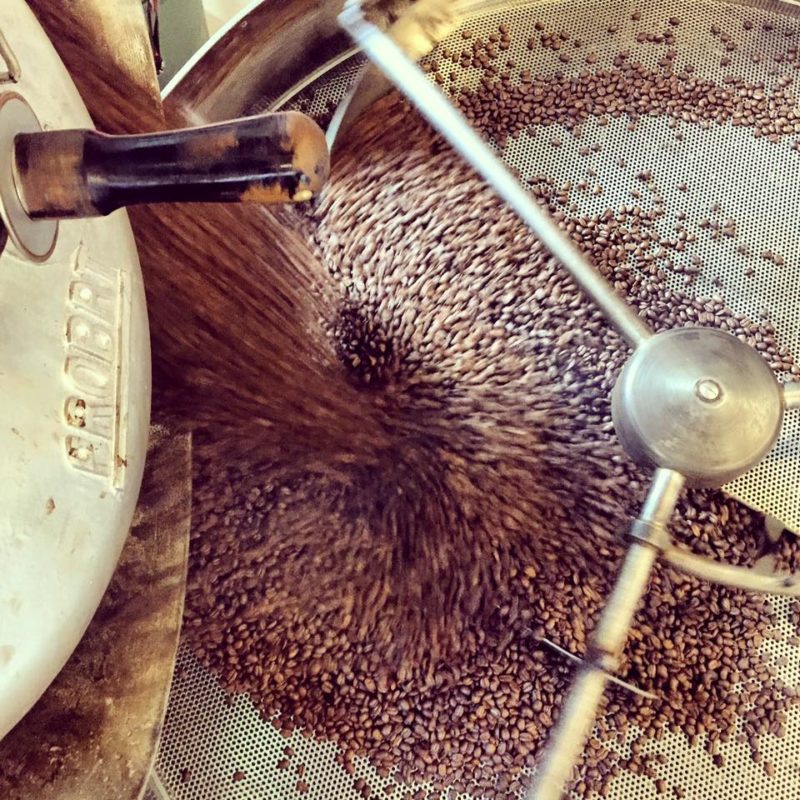 There’s also room for one Organic Robusta in the selection, which is a sign of Cafetoria’s openness towards different coffees. “Robusta coffee is taboo in the industry because the bean is considered more bitter than its aromatic cousin Arabica bean”, Nikander-Ore explains with understanding voice.

Ore believes in his own roasting philosophy. He doesn’t attempt to follow any too specific guidelines with roasting the coffee. “Sure, in most of the cases the bean’s peak flavour is at the light roast spectrum but you can find nice sweetness and a more balanced cup on the dark side as well”, Ore explains. In addition to roasting experience of 15 years Ore has also the Professional Barista certification by Specialty Coffee Association of Europe, and the first place in the very first Finnish Cup Tasting championship competition in 2007. 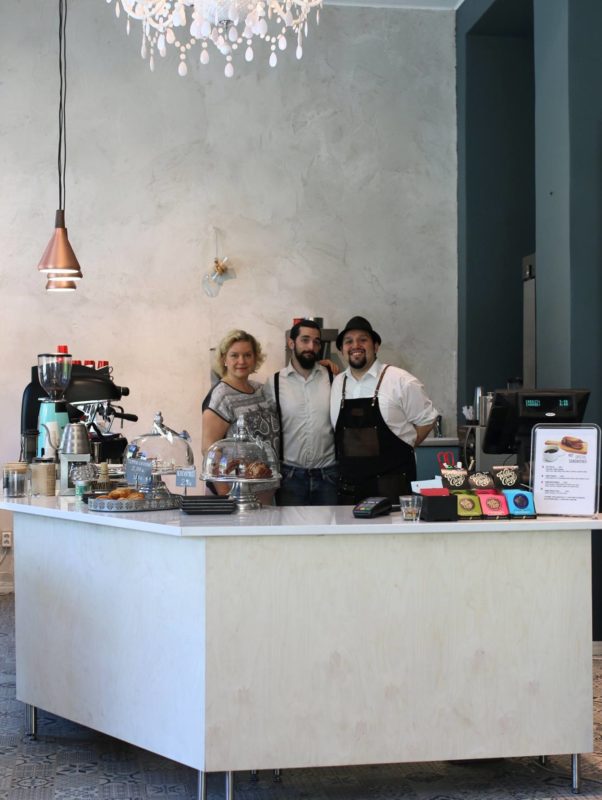 Cafetoria has one coffee shop, that is located in Runeberginkatu 31, in Etu-Töölö, Helsinki. The coffee shop has been renovated throughout in May 2017. They serve coffees from Cafetorias vast selection, as well as some light snacks and other refreshments. The coffees are prepared by three skilled baristas: Benjamin, Daniel and Levi.

Benjamin is American-Finnish and lived many years in Spain. Daniel is Chilean-Norwegian and lived in Norway and Spain. Levi is Portuguese and lived his whole life in Spain. In the cafe you can get service not only in Spanish but also in Finnish, English, Portuguese, and Norwegian. The other person roasting beside Ivan Ore is Carlos who’s also from Peru. People from different cultures have been found through the Latin American church.

Besides the Spanish language, the unifying factor in Cafetoria’s recruitment process, has been passion for coffee. The phrase “You did not choose Coffee, Coffee chose you”, reflects the passion the people at Cafetoria have for coffee. The love for coffee and warm atmosphere are visible in everything Cafetoria does.